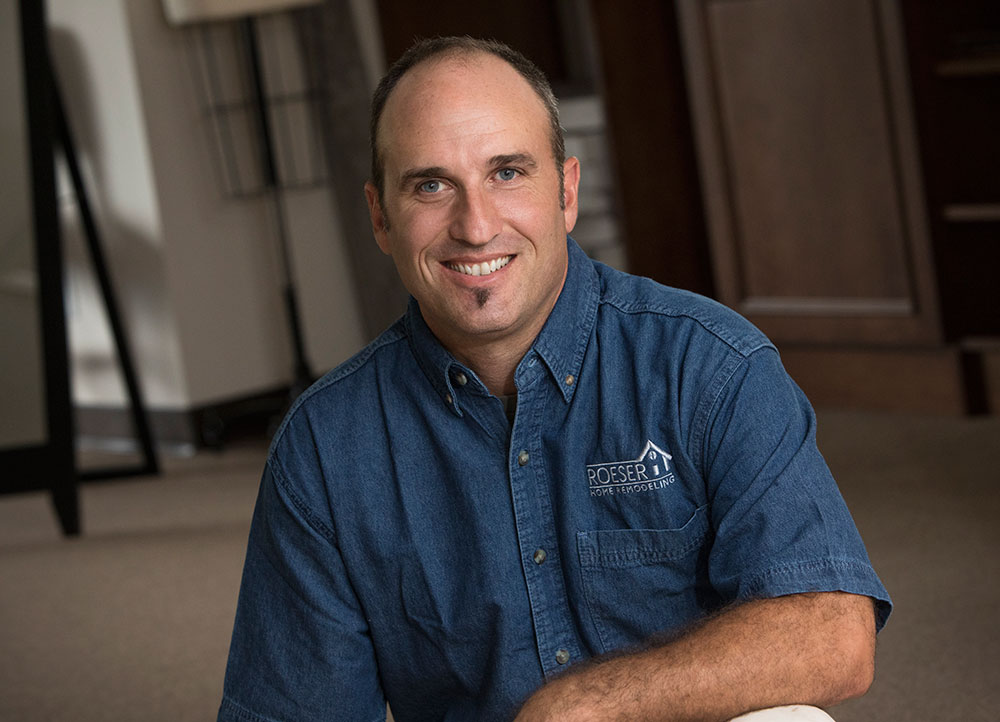 Mark Talley started his career with Roeser Home Remodeling in February of 1996, so that puts him in the trade for very long time!   Mark has done nothing, but remodel which puts his skill level above many in the industry.

He was born and raised in Kirkwood. He has four siblings, two older and two younger. He attended St. Peters Catholic School through the third grade and then changed to the public school system. He attended Keysor Elementary, North Middle School and Graduated from Kirkwood High School in 1994.

Mark entered the Carpenter’s Union apprenticeship training program in February of 1995 when he started work for the company. He graduated from the apprenticeship program in 1998 earning his title of Journeyman Carpenter. His education didn’t stop there and to date he has earned two certifications– CAPS (Certified Aging in Place Specialist) and his CGP (Certified Green Professional). He has also attended a Production Management class in California through Remodelers Advantage and was chosen as a leader to attend the Carpenter’s District Council’s Leadership Program in Las Vegas in 2014.

Personally– Mark married Jennifer in February 1996. They have three beautiful children– Hannah who now attends SEMO and is studying Political Science. Their second child, Carson will graduate this year from Afton High School and will attend Missouri S&T in the fall. Justin, is currently a sophomore in high school at Afton and in a very short time will be graduating and moving on with his life as well.

Hobbies: Coaching Volleyball– first Girls and now Boys. The rest of the time he supports his kids in all they do. Mark looks to a future with his wife, traveling and enjoying sharing their kid’s adult lives.