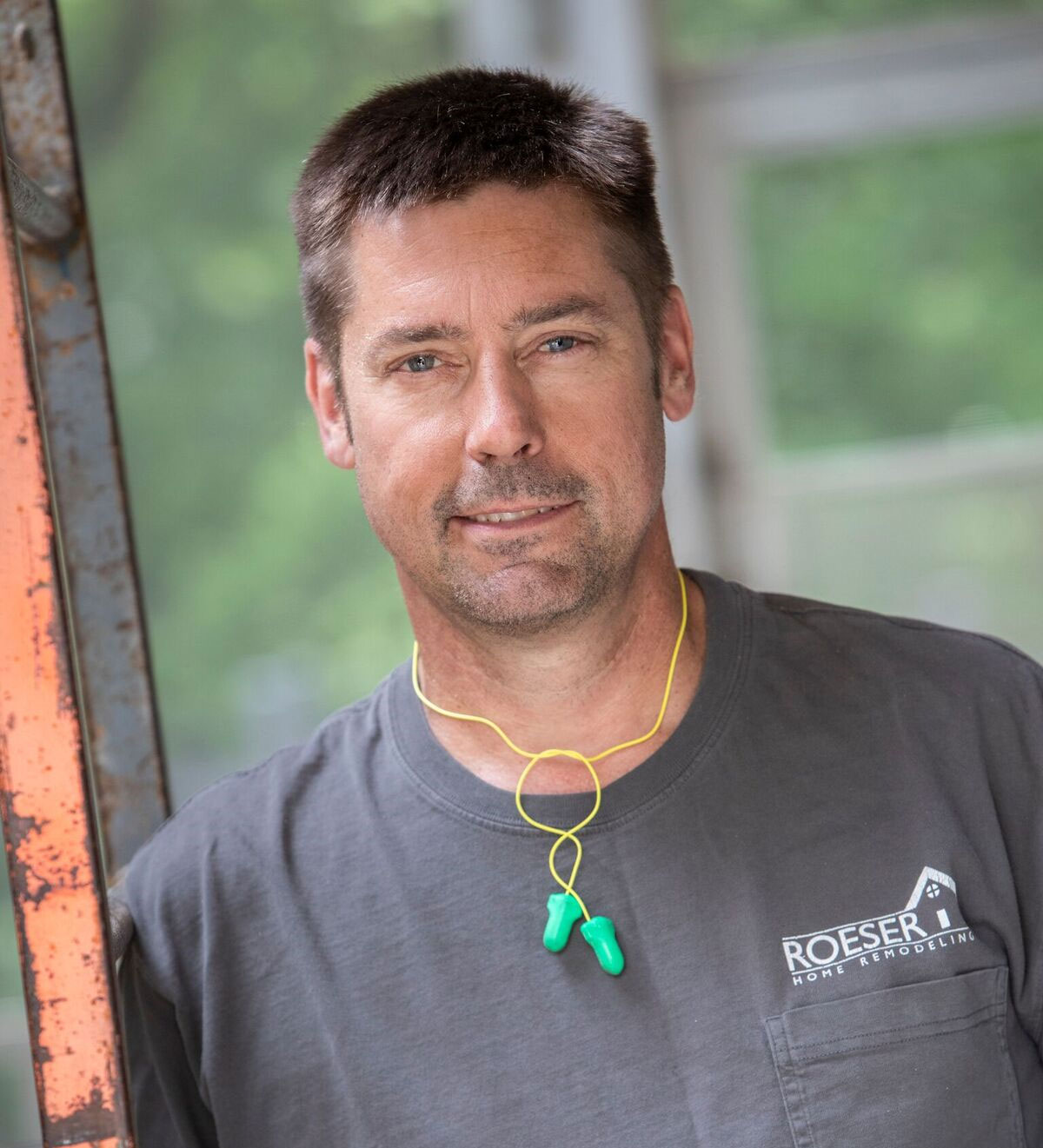 Steve Lauer joined the St. Louis Carpenter’s District Council Union in 1998 after many years of working as a carpenter in Utah. He came to work for Roeser Home Remodeling in August of 2012 after his boss (a good and respected friend of Joe Roeser’s) retired and closed his company’s doors.

Steve is an excellent craftsman and has embraced the extra responsibility that being a project manager at Roeser Home Remodeling means. With direction from Mark, he has become his own excellent manager. His competitive edge, drives him daily to be the best he can be on a project, without sacrificing quality workmanship.

Steve grew up in St. Louis and attended schools in the Lindbergh’s school district, graduating from Lindberg High School. He attended Missouri State University and graduated in 1998 earning a BA in Communications. Shortly after graduation he moved to Utah where he could embrace his skiing passion. He worked the Ski Patrol and did carpentry work to earn a living and support his sport. While in Utah he earned his certification as an EMT in the state of Utah.

After a visit home, he reconnected with an old friend and married her. Steve moved back to St. Louis and he and his wife Jadee have two beautiful girls– Paige and Hanna.

What he enjoys about his work: Steve’s favorite part of his job is, “completing a project that looks seamless and matches the style of the existing home.”